LET'S TAKE OUR BRUSHES ! TALK ABOUT PENCILS ARTISTS IN LOIR-ET-CHER

WHAT BRANDS OF COLORED PENCILS ?

I use two brands of pencils:

Difficult to decide between them, both give excellent results. The Faber-Castell are dry, easy to fade. The Prismacolor are more tender and pleasant to use, flattering colors, but more difficult to fade. It falls well I almost never fade.

There are other manufacturers like Caran d'Ache, Derwent or Stabilo that I have not tried.

WHERE TO FIND THEM ?

In use you realize that you use the same colors. It is therefore essential to buy your pencils to the unit.

Faber-Castell is a well-distributed brand in France, and most creative hobby shops offer per unit sales, but not necessarily all colors.

Prismacolor boxes are sometimes found in France, but I have never seen a single sale.

So I buy them here: 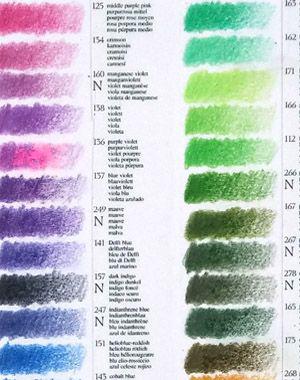 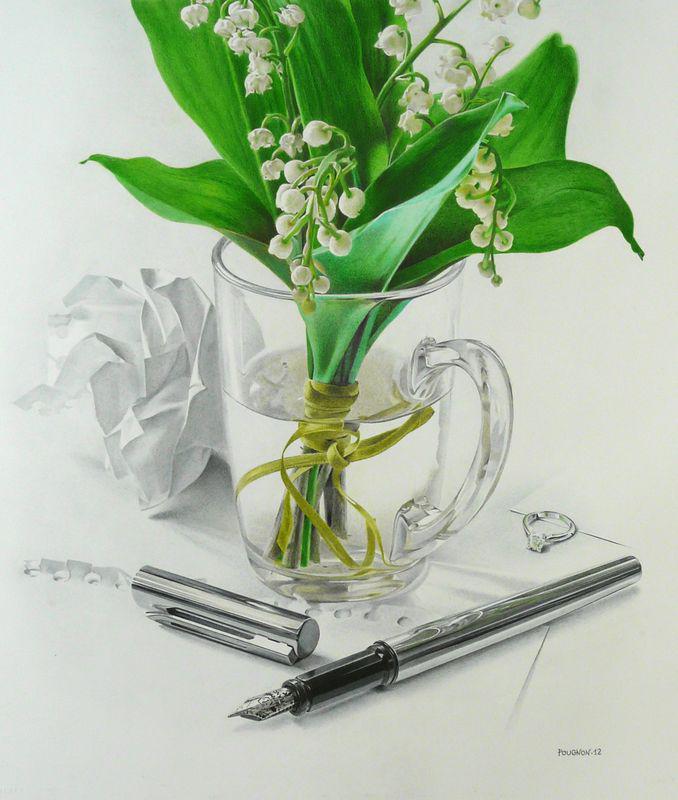 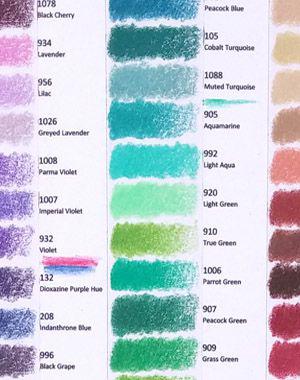 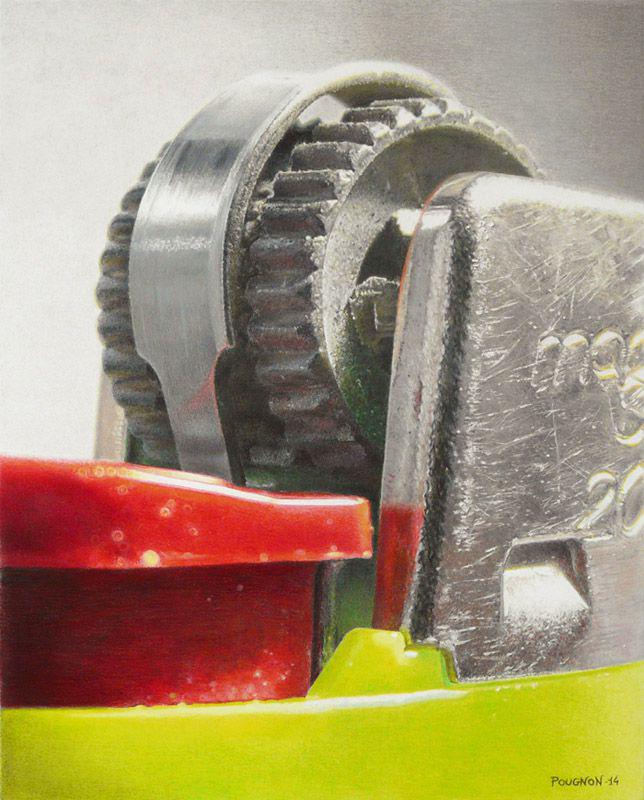 It is important to choose a paper on which the colors hang well. Difficult to advise a particular brand. It all depends on the effects you want.

For my part, I practice a precision drawing. The papers whose texture presents a relief, like the Canson, pose a problem to me. These bring a touch that can please, but I flee them like the plague.

I prefer those whose surface is as smooth as possible while maintaining a good ability to hang, friction, such as for example the Arche satin paper for watercolor.

For the basis weight, 300g / m² minimum. It is important to be able to move the sheet without risking wrinkling, so the stronger it is, the better. In addition, if you are using a scalpel or a razor blade to erase, as long as the tools do not cross the sheet.

WHERE TO FIND IT ?

Satin Arche sheets of paper are easily found in creative leisure boutiques, in the unit, in the grape format (50 x 65 cm)

Well, no, 150 shades of pencils are far from enough. One can rarely do without the stage "mixtures" or rather "superposition", the latter still having limits.

Indeed, by exerting pressure on the sheet, the surface can eventually shine, so much so that no color can hang. As a general rule I superimpose up to 4 layers of pencils to obtain the desired shade. Be careful, however, at the level of pressure during the first layers, you have to go smoothly.

The best is to test on a corner of the sheet before attacking the work.

IS THE COLOR PENCIL ERASED ?

Yes, with an eraser, but the result is never very clean, the pigments tending to go deep into the leaf. So you have to think carefully before you press like a madman when you draw.

Remains the possibility of scratching the color with the aid of a razor blade or a scalpel. And when I say "scratch" I could say "dig", hence the advantage of using a thick paper, 300 g / m² minimum.

AND FOR THE WHITE ONE HOW ?

The colored pencil is like watercolor, the white comes from the color of the paper. In other words, if there are areas that should be white, simply do not color them. I sometimes use the gum or razor blade, to erase and retrieve the "white" of the paper, with the disadvantages mentioned previously.

The white colored pencil just lightly clears a surface, but nothing spectacular, and often disappointing.

In the table "Cup and pencils", the sheet has been grayed almost entirely. Only 3 zones remained blank:

- the reflection on the cup

- the tip of the white pencil

- a slight border on the leaf

Everything else has been darkened.

The difficulty of this exercise was to represent supposedly white objects (such as the gum, the white pencil and the sheet on which these two objects are placed). Now the Canson paper (with a relief that causes me a lot of problems) used for this painting is not really white, it pulls towards the yellow. To convince yourself, put a sheet A4 printer on a sheet Canson, you will see to point the difference in clarity is enormous.

So all the work here consisted of gauging the model, evaluating what is "clearer than ..." and what is "darker than ...", knowing that everything is relative in painting as in drawing when " One evokes the contrast and the luminosity. 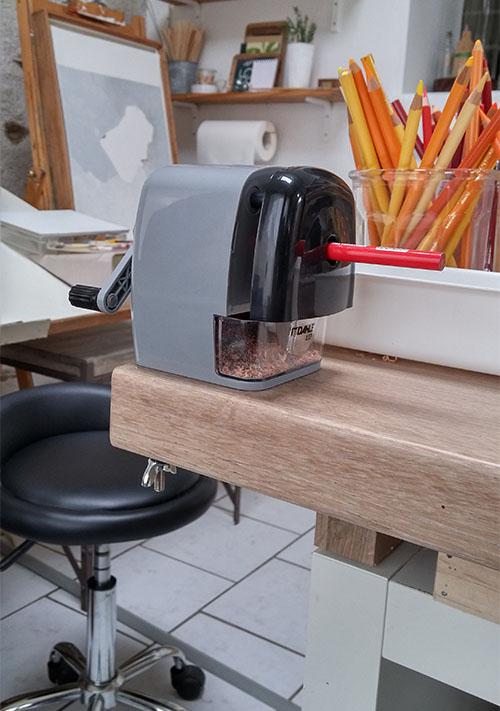 Convenient to extend the life of a pencil. The proof in image: 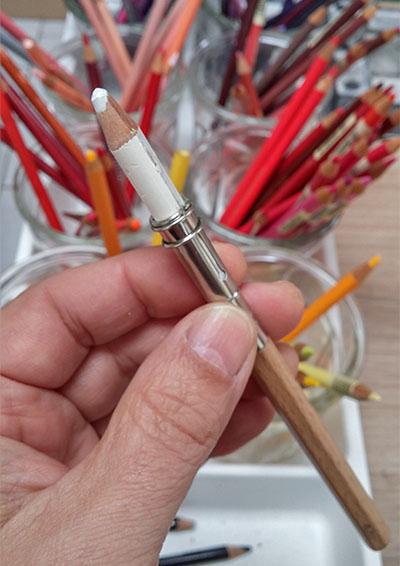 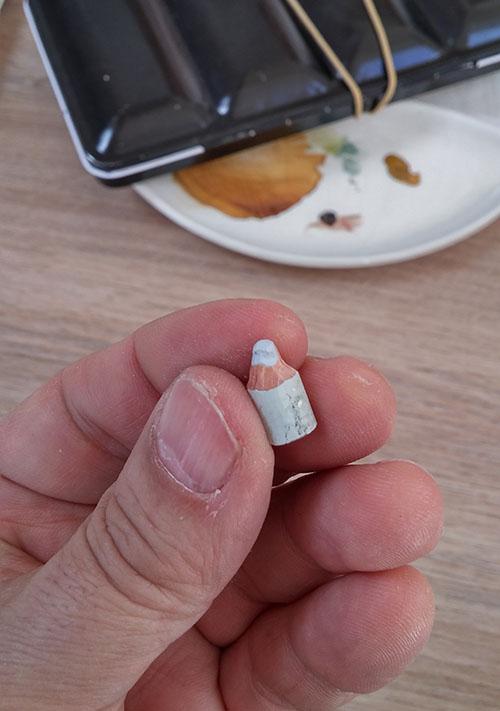